Something something tactless and haughty.

The quest could be considered a collaborative effort between FRACTAL and her wife, as many of the characters featured in the quest (including Ricardo himself) were created by her wife.

The quest is ongoing.

Psychic-affinity vampires may have visions of the future, past, or present when they sleep under certain circumstances. 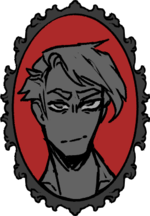 A mama's boy with a dick full of stupid and a heart full of vengeance. He has an affinity for shapeshifting, and is Pascal's ward.

Ricardo is socially inept, but makes up for it with his uncanny ability to beat ass while being cute. 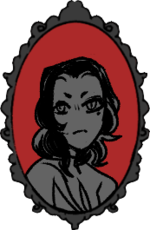 Ricardo's sire, one of the scores of "decorative" wards of Constantin Bathory, and the local trash man with an affinity for hypnosis.

Pascal is a disaster.

Five years ago Ricardo Castro, a young man in his mid twenties, was murdered, turned into a vampire, and left for dead by Pascal Cosovei, a vampire that seemingly no one else in the undead world wants anything to do with. After finally tracking Pascal down and having his inflated expectations of his vampiric sire crushed like an empty beer can, Ricardo convinces Pascal to take him on as a proper ward and to teach him about being a vampire-- all so that one day Ricardo can kill the Lord Marquess Constantin Bathory, Pascal's own sire.

Pascal agrees; not because he believes Ricardo will succeed, but because the insult to Constantin in Pascal raising an illegitimate ward would be so great that it would force Constantin to confront Pascal personally, allowing him to see Constantin one last time after having been disowned by him some years prior.

After successfully completing Ricardo's first proper hunt, the two men encounter Kel, a very old beefcake Gaelic vampire, and Lamb, one of Kel's newer wards. Kel, seeming to be one of the only vampires around who's actually friendly with Pascal, tells him to skip town, warning him that two young wards acting in the service of one of Constantin's allies have been sent to hunt him and his ward down. Kel offers to give Ricardo some combat training once they find somewhere else to settle, but while Pascal accepts he leaves the conversation swiftly after it becomes too personal.

Ricardo and Pascal then head out to spend the rest of the night getting shitfaced at the bar, where they make conversation and Pascal both teaches Ricardo the basic terms of dueling amongst vampires and opens up a little about his past in New York. Ricardo, in turn, tells pascal about his own past, and how he came to learn how to play the violin.

After the two are well and truly drunk, two vampires, Minoru Higuchi and his husband Bunji, enter the bar and immediately take notice of Pascal and Ricardo. After Minoru goes full Minoru, Ricardo stumbles over to the couple and confronts them after overhearing them insult him and Pascal. The confrontation leads to Ricardo challenging the couple to a duel, which they accept.

The duel is fought under Roppongi rules, with the stipulation that Minoru and Bunji be just as drunk as Pascal and Ricardo currently are. While the duel is somewhat brutal and dicey, Pascal and Ricardo manage to win, securing both an apology from Minoru and the promise of future information on the two wards who have been sent to hunt them down. The four part on what could very generously be called amiable terms.

Ricardo and Pascal head back to Pascal's apartment to sleep for the day and gather up Pascal's belongings in the morning before they head out of town. It is during this rest that they discover that they will have visions during their dreams of various points in time, though these visions are not particularly controlled or coherent at times.

The vision that comes that night is one of the present at three different nights, one three nights ago, one that night, and one the next night-- though their order is not known. The first vision focuses on Constantin and a vampire named Cecil, while the second vision shows the two wards tracking Pascal and Ricardo: Rex and Jonquil. Constantin and Cecil learn of Pascal's supposed flight to New York, something which sends Constantin into a rage. Rex and Jonquil, meanwhile, are actually in New York, having had no luck in locating Pascal. The visions end with Rex and Jonquil presumably barging into one of the New York dens and getting subsequently shot with guns, while Constantin and Cecil elaborate on why Constantin is so driven to track Pascal down in the first place.

Ricardo wakes up to a flurry of texts from Kel and Minoru: Minoru pestering Ricardo for astrological information on him and Pascal to calculate compatibility between them, while Kel is furious that the two of them got into a duel. Ricardo runs damage control and confers with Pascal about the strange visions they had while dreaming. He also takes the time to confess that he went through Pascal's personal letters, which Pascal is understandably upset about.

After they hash things out, they mull over the misinformation that Minoru has spread about them and eventually settle on heading to Las Vegas after they feed. Ricardo picks up a phone and clothes for Pascal, while Pascal steals and nearly wrecks a clunker car for them to road trip in.

Immediately after the road trip begins, a stirring conversation on syphilis and other venereal diseases that vampires can contract sets the post-feeding mood and Pascal takes the initiative to teach Ricardo how to not have so much soul-crushingly awful sex. The two talk for a time afterward about Pascal's absolutely uncanny resemblance to a furby before heading off to sleep for the day.

The dream that day is, at first, a vision of Pascal's past, recalling some time ago when he was vehemently rejected by a man apparently named Renard, then Ricardo himself and the argument they had that morning over him reading Pascal's letters. Ricardo jolts awake at that, cutting the dream off prematurely. When he sleeps again the visions of the past will not continue as Ricardo's subconscious will not permit another invasion of Pascal's privacy.

The second vision is extremely abstract, depicting rushing water, a suitcase with a bloodied hand coming out of it, and a host of Bathory wards. The vision concludes with Pascal waking up beside Teddy in bed, only to find that his face has been tatooed like a Bathory ward.

Ricardo wakes up early, though only to find that Pascal had awoken before him. Pascal confirms that the first dream was very accurate in its events, but dismisses the second one as pure nonsense. When Ricardo wonders if they should consult Minoru on the dreams, Pascal chastises him for being too free with personal information to someone as dangerous as Minoru. This prompts Ricardo to realize that he'd forgotten to collect the other half of their winnings in their duel with Minoru, which is a mistake he's able to rectify after a furious bout of texting.

Minoru tells Ricardo that the wards after him and Pascal are Babenburgs-- and that there are five teams of two wards each on their trail in the states. Minoru elaborates, saying that the team closest to them consists of a ward named Rex, a power-type turned in the 50s, and Jonquil, who is an absolute mystery, even to Minoru. While Minoru has even more information to offer for a price, it's not something Ricardo or Pascal are willing to pay, and so Ricardo turns to Kel for advice on the dreams they've been having.

Kel describes the visions as an ability that vampires with a psychic-affinity are capable of, usually when stressed or afraid. She suggests that Ricardo make a concerted effort to relax Pascal before they sleep if they want to experience fewer nightmares, as actual control over them will only happen with practice over a long period of time. When Ricardo asks about the Babenburg wards after them, Kel confirms that they likely want to bring Pascal in alive since the only reason they're being sent out is because their sire is so beholden to Constantin. Comforted by this awful news, Pascal and Ricardo try out Kel's advice for the duration of their road trip to great success.

They arrive at the strip and head to the Silver Crown hotel and casino to meet up with Kel and immediately begin Ricardo's combat training.

After arriving at a reserved ballroom of the hotel, Ricardo is introduced to a squadron of Kel's wards in quick succession by Kel's aide-de-camp, Basilia de Issoire: Sirloin, an ace student with an ego; Strip, a ward held back from an earlier squadron on account of behavioural issues that are immediately apparent; Rack, a libra; and Lamb, the woman seen with Kel when Ricardo first met her and who shoots to kill. Kel asks Ricardo to pick which member of the squadron he'd like to spar with, and he settles on Rack.

During the duel, Rack catches Ricardo off-guard immediately by firest introducing herself, then by introducing him to himself, then by introducing him to his mother, Andy-- at first by recounting increasingly personal information about them both, and then by actually shapeshifting into Andy. Ricardo, being a good boy, is reluctant to fight someone who looks like his mother. He is eventually able to tap into his bottomless well of Mama's Boy Rage by covering Rack's face with his jacket and breaking her spine, which she is unable to recover from.

Kel calls the match, and dismisses Ricardo and Pascal, telling Ricardo to get cleaned up and then come talk with her. Before he leaves, Rack tells Ricardo that her stalking of Andy served another purpose, and that Andy is being looked after by the local dens in case anyone from the Cradle attempt to hurt her. Pascal and Ricardo retire to their rooms, where Pascal draws him a bath and helps him to relax for a bit, before Ricardo decides to give his mother a call for the first time since he died.

The conversation with his mother is a difficult one, but necessary and ultimately a positive experience. Ricardo is necessarily vague about his circumstances, but fills Andy in the best that he can and promises to keep in touch in the future.

The quest currently leaves off with Ricardo leaving to have a conversation with Kel about the future.