something something sad rabbit girl dancer. in lower case.

loretta and paris have made one appearance inside the quest. [1] 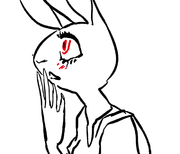 a timid, idealistic teenage rabbit who recently left her home in a swamp to work at a strip club - an endeavor, she's been told, that will help propel her into her dream of becoming a famous singer. 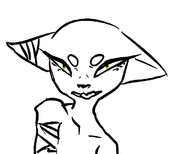 loretta's abrasive, cynical coworker. she has a short temper and a violent streak, but also seems to harbor something of a soft spot for loretta. 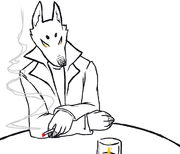 a regular visitor to the strip club, with whom loretta is infatuated. while not openly threatening, his intentions and motives are unclear. 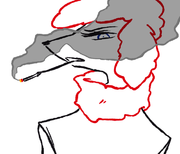 loretta's boss. vicious, heartless, and entirely unconcerned with the well-being of her employees. 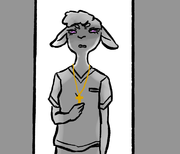 a fiercely religious lamb who works as a nurse at a local community clinic.