Top Tier is a quest about super-powered humans traveling to other worlds to try and prevent the death of humanity at the hands of a powerful witch.

Years in the past, a man with reliable future sight predicted the end of the world. Signs of his visions proving true appeared six years later, when a Gate between worlds opened. The prediction tells of six worlds (referred to as Tiers), connected by these cosmic Gates. The Witch, who would bring about man's end, was said to lie in the world furthest from the Earth. The sixth Tier.

Numerous individuals and groups from around the globe have passed through the Gate, but not a single soul has yet to return.

Close friends Ann Pepper, Gina Cortez, and Logan Faust agree to pass through the Gate together. On the date of their departure, a formless compilation of voices begins to follow the kids' journey.

Will the Witch be defeated? Will Ann and her friends be able to survive their quest? And will Ann ever figure out what her book does? 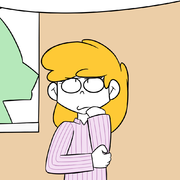 Ann is the unofficial leader of her friend group. She's a responsible girl with a love of detective stories. Her affection for fictional sleuthing has made her more observant and deductive in reality. Her Energia allows her to summon an empty book, with a plain purple cover and a red pen, into existence. Since she has yet to find any secret use for her tome, she has armed herself with a special revolver, provided by Logan. Her revolver allows her to fire a variety of custom-made shots with varying properties. Between the numerous options opened up by her equipment and her clever mind, Ann is more than capable of defending herself. 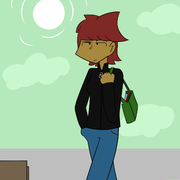 Gina is the hot-headed powerhouse of the group. She feels strongly about her morals, and will strongly encourage others to follow them. Her Energia gives her almost complete control over the element of fire. The only downside to her power is that she has to draw heat out of herself to create fire, which can be unhealthy if too much is taken. Gina is protective of her friends, Logan especially, and has the firepower to keep them safe. 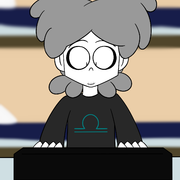 Logan is the usually quiet, occasionally ear-splitting, inventor of the group. When it comes to technology and mechanics, Logan is a genius. His exceptional skill is fully represented in his L-16 exoskeleton, designed for his use in combat. His muted demeanor is a direct result of his Energia, which lets him raise his voice up to 130 decibels. It's very easy for him to slip into higher volumes when talking, and takes quite a bit of restraint on his end to prevent it. Logan is a bit of a specialist, only really being strong in mechanical knowledge and having only a few straightforward combat options, but his strengths in those fields make up for his weaknesses in others.

Polo is the goofy guide of Towne. He flies around on his cloud, Puff, always prepared to introduce new guests to his hometown. It's unclear whether or not Puff is sentient. 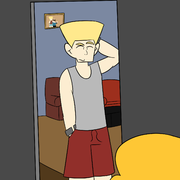 Wilson is a friendly but forgetful guide. Not too much is known about him yet, but he's seen as a helpful mentor with few obvious negatives by Logan. 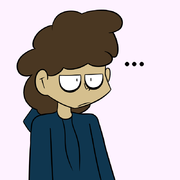 Henry is a mysterious individual. She gathers information on people, while giving little back. Will more be seen of her, or is this entry being included merely to throw people off.