Author's Note: "I've grown a lot as a Person and as an Artist since I've started this Quest. I no longer feel the earlier chapters align with the Type of Content I want to produce. That said, I recognize many people enjoy this type of content.

I do not have a problem with NSFW Content, I do however try to refrain from needlessly graphic material.

At some point in the future, I may continue or reboot this Quest. Not to worry, there will be plenty of Nudity and Lewd Scene's, but they will have Story or Thematic Purpose. Rather than mindlessly thrown in as Fan Service.

There's a lot to consider here, and I think these Characters have a lot of potential, and there is a story I want to tell with them.

Thank you for being Patient, ArtisanBubblegum." 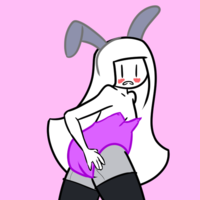 The Main Protagonist. Her Primary Objective is to Grow Big Ol' Tiddies. Bonus points typically awarded on a Sexy/Silly Scale, prone to bouts of Seriousness and easily embarrassed. 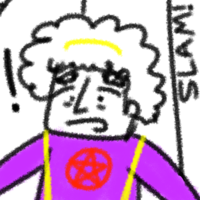 I-i think he saw me!

Also Known as Raphael, is an Angel who blames Cherrie for his failure to banish a demon and their resulting trip to Hell. His Primary Objective is Escaping Hell, with the hopes that he can return to Heaven. Bonus Points awarded for acts of Bravery, prone to cowardice and temptation. 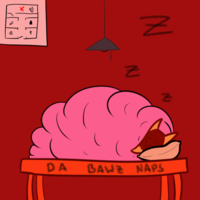 Boss of the Demon Prison you awake in, upon starting your adventure in Hell. Very Slow.