AKA: Childhood Trauma Quest. HatchQuest follows the stories of Little One (Hatch) and her father Liam as they are caught in the middle of a civil war of sorts in their hometown: those who wish to continue proclaiming independence and those who want to simply submit to the Sergal Clan Shigu and hope for the best.

HatchQuest was one of the earliest quests on TGChan. It ran for one short thread, then went inactive for three months. In September 2009, Beakie surprised TGChan by picking up in a new thread where the last ended, and has subsequently completed multiple chapters.

It has been put back on hiatus while the author tries to get out of his block with a new quest. 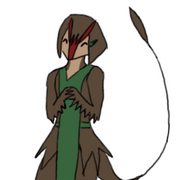 A little Nevrean girl that has no name, later nicknamed Hatch by Ikar. Her past up to this point could be considered fairly normal, growing up on a ranch in the southeastern Tatola. Her town was planned around an underground ruin where her fellow nevreans try to recover various forms of lost technology. One day, her father tells her they are going on a trip, and her adventure through the forest begins. 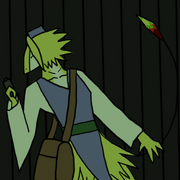 Hatch's father. He is part of the movement in his town that wishes to be annexed into the Shigu clan, and as a messenger, is selected to deliver the treaty that would submit their town to Clan Shigu rule. He seems to have a past friendship with Aruuchi Nira and his tribe, a scouting party for Clan Shigu. He and Aruuchi are later separated from Ikar and Hatch, where they try to take a detour through some ruins to avoid an enemy attack and Hatch and Ikar take a straight route towards the Clan Shigu fortress. The plan backfires and it turns out Ikar and Hatch were lucky to head straight to the fort, as the Agudner who killed some of Aruuchi's tribe are within the ruins themselves. To make matters worse, Dekustir and Radou, a pair of researchers, have sealed all the entrances and exits, demanding that they make their way to the bottom for a message of some sort. 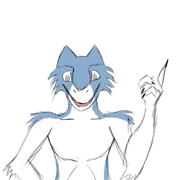 Hatch's "new best friend" and companion through the forest. She is young and naive, though the principles and values of Clan Shigu are already ingrained in her mind. Even so, she is a mischievous child, playing pranks and eating people's shoes. 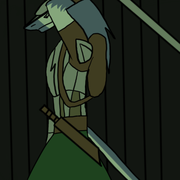 Ikar's father who joined Clan Shigu during the Shigu-Reono war years ago. An experienced fighter and scout, Aruuchi has a positive outlook on life and gleefully takes part of the atrocities that the Shigu Clan is known for.

Several members of the cast were participants in Fight Quest.