A young delinquent soldier in a lonely facility ends up having a swarm of nanomachines injected into her, supposedly intent on keeping her bound to the place. When she discovers that it was actually a ploy to enable her escape, she fights through her superiors in an attempt to seize her own freedom. 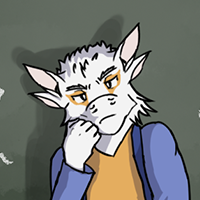 The protagonist, a young soldier in the facility. Seems to be disliked by many of her superiors. 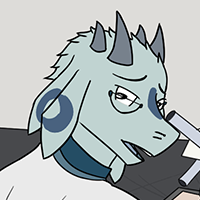 Blue-coloured engineer who's one of Argine's few friends. Lanky and unassuming, a little meek. Comes into her own when it comes to technology. 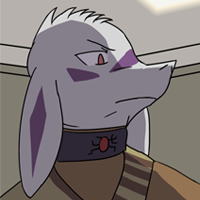 Argine's handler and instructor. Cold-hearted and stern, was responsible for injecting Argine with the SAI. 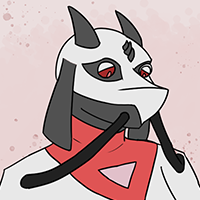 The facility's medic and supporter of Argine's. Her face is always hidden behind a mask.

The Splintered Artificial Intelligence that currently resides in Argine's body. A digital ball of multiple personalities that provides the young soldier with advice and reprimands, supposedly intended to keep track of her wherever she goes. AKA - You, the suggestors!

Deck of the Storyteller

The effects are as follows -

Solburst - Upon use, a heatwave will emerge centered on Argine, staggering enemies and vaporizing ballistic projectiles coming towards you, as well as disrupting other types of projectiles.

Frozeneye - Upon use, this card slows Argine's perception down, allowing for you to better exploit weakpoints or avoiding specific kinds of attacks. Useful for precision, whether offensive or defensive.

Breezecycle - Upon use, card is consumed and can be used to refill limited-use gadgets like the Explosive Discs, or to swap out one of Argine's four gadgets entirely, also allowing the swapping of sub-gadgets.

Briarspirit - Upon use, can either serve as a temporary barrier or a health recovery effect.

Voidsplit - Upon use, lets Argine take three actions in one turn.

Echoscribe - Upon use, creates a single-use copy of any gadget Argine has seen, even unobtained gadgets. Copied gadgets cannot have any sub-effects slotted into it.