A quest by Weaver about a young man named Kafiq, and his quest to find the lost city of Andellousia. Has been confirmed dead, with most ideas from it being assimilated into Dive Quest. 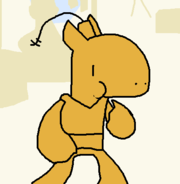 Our protagonist. Going on a quest to find his family's lost homeland of Andellousia. Has basic sword fighting training, and is a good tailor. 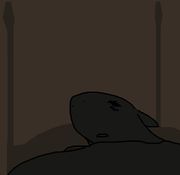 A resident of the Quiet Oasis. Kafiq's childhood friend, and self proclaimed future wife. 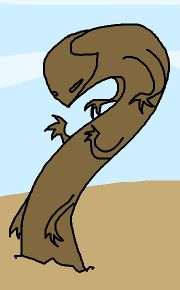 the Master of the Sands

Master of the Sands

A fearsome creature that Kafiq stumbles across on his journey. 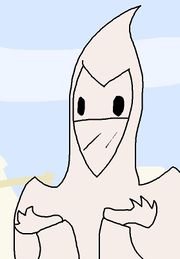 A grocer of the White Dunes and old friend of Kafiq and his father.

A black market merchant of the White Dunes. A heavy smoker. 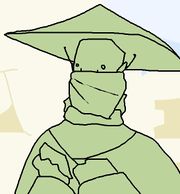 A hardware dealer of the White Dunes.

When Kafiq's father dies, he decides it is time to go on a quest to find the lost city of Andellousia, his family's homeland. He leaves behind his hometown and childhood friend Illeena, and begins his journey. He picks up some supplies from the White Dunes, meeting an unintelligent desert guardian on the way.

Illeena has made one appearance Inside the Quest. [1]