Oliver's Inferno is a quest by Draquito about a furfag's unexpected trip to hell. It's noted for its surprising use of high-brow humor (even the quest's name is a literary reference), its distinctive art style, and its fast update speed.

On the 23rd of October 2009, the author announced that Oliver's Inferno would be placed on hiatus for an undetermined length of time. Despite this usually being tgchan speak for 'the quest is dead', Oliver's Inferno came back on the 2nd of November.

Our protagonist. A runaway furfag set loose in Hell. 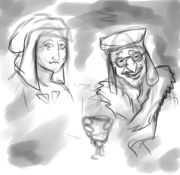 We're hiding from our wives. Shh!

Two hyuumans that Oliver drags along on his adventure. Mostly good for getting drunk and comic relief. 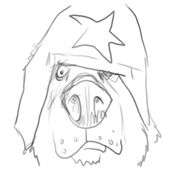 You try hit on Mishka? 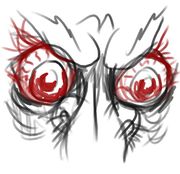 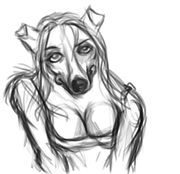 A Russian half-bitch we picked up at the gay bar.

Oliver has made one appearance Inside the Quest. [1]