Adventures of a fat man-child as he endeavours to recover his sweet ass-boombox.

The chapter begins with Doolbag in the custody of Officer Murder. Bear and MacDeath give chase to Officer Murder, and manage to immobilise his vehicle. Officer Murder escapes with Doolbag (who manages to grab his Sweet Ass-Boombox), and leaves Officer Tolerance's fate in the hands of Bear and MacDeath. Doolbag Escapes from Officer Murder once again, but severely damages the Sweet Ass-Boombox in the process. He is directed to the repair shop of Ducques, who volunteers to fix it. However, the Boombox is missing a crucial component. Ducques and Doolbag begin a separate mission to recover this component. 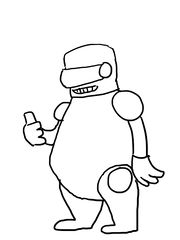 An innocent but overweight lad, thrown into a cruel and uncaring world by the loss of his most prized possession; his Sweet Ass-Boombox. May or may not have a penchant for all things fiery. An adept player of Magyik: The Garnering. 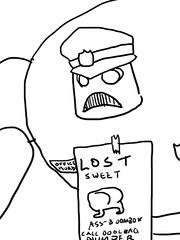 A large and angry police officer, he is on a mission to bring down Doolbag's crime spree with his own brand of justice, which is heavy-handed, to say the least. 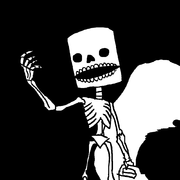 An old skeleton, who accompanies Doolbag on his adventures. He is old. 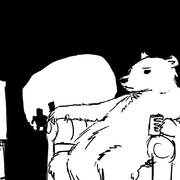 As his name implies, Bear (with a capital 'B') is literally a talking grizzly bear. He likes beer and television. He is a friend of Doolbag, introduced through MacDeath. 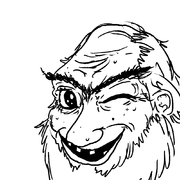 This fellow helped Doolbag (or was it stalked?) during his initial search for the sweet ass-boombox. He was abandoned in a children's play-tube in the park, and was likely beaten up subsequently.