Multiple protagonists, multiple perspectives. Some darkness that may in fact be grim. By Captain Slowpoke.

Mission One: Into the Darkness Emma is created and ventures forth into the subterranean world, encountering dead cutebolds and trying to figure out what exactly is going on.
Mission Two: In the Halls of the Mountain King Emma comes upon the lava filled aftermath of a great siege and gains entrance to the damaged Dwarf Fortress. Here she meets Heshka and eventually pulls enough levers to escape without killing herself or Heshka.
Mission Three: Invisible Wounds Emma and Heshka leave the caverns, missing some secrets on the way. 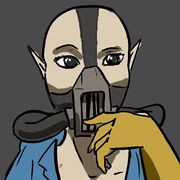 Emma is a construct from a mysterious facility located underground. She was sent out because the 'brain' controlling the place was bored. Her face is supposed to be an amalgam of all of the races that are known by the "brain," and thus look attractive to anyone she meets, but it ended up looking fairly grotesque to everyone. She knows nothing about the world. 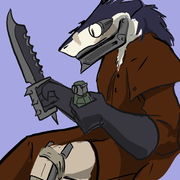 A sergal terrorist with cybernetic implants and horrible scarring. Nothing is known about him other than he broke his leg in a rockfall trap while running from something underground. He is also batshit insane.

Mission One: Cry for Eternity Amadoobus leaves Doobie Valley in search of the lost parts of the Song of his People and sets out on an adventure! He meets an Illithid slaver and travels with him for a bit, attempting to enslave some Goblins, but failing to capture most of them. He ends up getting left on foot and is later confronted by Dribliza, one of the goblins he failed to catch, who takes his keyboard and demands he help release the rest of the villagers.
Mission Two: Trail of Broken Hearts Amadoobus sets off in search of the captured Goblins, finds a store and a locked door, which he gets a passer by to shoot the handle off for no reason. He charms the owner, Kreeg, into letting him have some stuff. He then starts exploring the nearby ruins, where he discovers a mysteriously placed motorcycle on the second floor. He encounters Dribliza once again and convinces her to join him, but she still hasn't given him back his keyboard. They explore a flooded dwarf fortress and loot some gems, and find the other side of the mysterious locked door, which contains the remains of a Sergal that may have a connection to Heshka. At the end they have Kreeg construct a sidecar for the motorcycle out of an old bathtub.
Mission Three: Revelations They meet a bunch of Mokk and Amadoobus spends the rest of the time pressing buttons in hope for even more secrets. 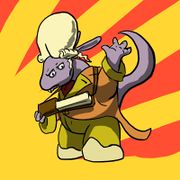 A Doobie bard, who is searching for the remaining parts of the Song of His People. 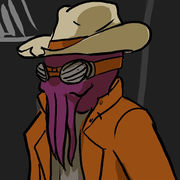 An Illithid slaver, who gives Amadoobus a ride as thanks for curing his hangover; he later leaves Amadoobus on the road because he fails to capture a sufficient amount of Goblins.

A shopkeeper of unknown origin, he talks like a stupid person but is a shrewd merchant. Reference to Bubble_Bucket 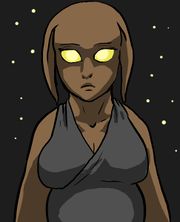 A goblin who is either strangely fat or pregnant, Amadoobus helped attack her village and captured some of her friends, she later waylays him and takes his instrument, but eventually joins with him.

Mission One: The Enigmatic Spirit Imli sets off into the Underground to do some exploring and investigate mysterious disappearances. She encounters an Illithid slaver and proceeds to blow his torso off. She then rescues the goblins he has captured, who are all young females, and returns them to their village. There's a troll in the way but she vaporizes its head. She gets a new shirt and a Goblin tracker, who helps her find the troll's egg. She trades it for a strange creature that appears to be a collection of dreadlocks with a closed eye in the middle.

Mission Two: Instruments of Destruction Imli ventures upriver and finds a dwarven hell-pit digging project that seems to have somehow unearthed a spaceship that's still in space. Exploring it she finds the corpses of dead giant alien creatures and all sorts of crazy things, as well as being all but traumatized by looking out the window of the craft and seeing the emptiness of the void of space, something that her claustrophillic race has likely not encountered, needing special equipment to even visit the surface. She escapes when she finds that the rest of the ship is sealed off by a vacuum breach and gets all scared because of the suggesters worrying about explosive decompression. 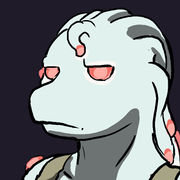 A lohrke woman, armed with a heavy maser gun and a nuclear backpack, as well as a cutter and scanner. She is investigating the odd disappearances of the degenerate Dwarves and the Goblins that war with each other deep underground. 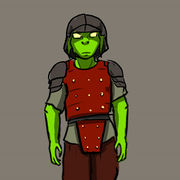 A Goblin of average skills who accompanies Imli on her journey as thanks for returning his sister.

Mission One: Blood Stained Triplilmus, a Cutebold mechanized Cleaner, is clearing the remains of a village that was attacked earlier that day. He shoots a few innocents, but gets his Ride Armor damaged by a booby trap. He finds a live Sergal child, but can't bring himself to kill her after she talks to him and asks where her mother is. He realizes he will be severely penalized for this action, and decides to defect instead. He finds a car, repairs it, and flees.
Mission Two: Run for the Hills Trip finds a pokéball and explores an abandoned hut. Hilarity ensues and he loses some bits. 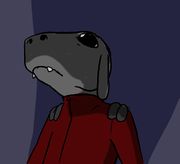 A Cutebold Ride Armor pilot, he deserts after learning the people he's been killing are actually not single minded monsters bent on the destruction of all Cutebolds. 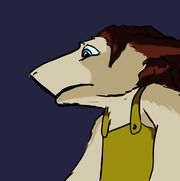 A Sergal child, her parents were killed in the earlier attack. Triplilmus can't bring himself to shoot her and so takes her with him when he defects.

Mission One: Tears of the Dragon Beautiful Flarey, most wonderful of all dragons, is in the process of robbing another of her species for his treasure but miscalculates an attack and ends up with ice in her eyes while the dragon escapes because her ogre manservant was sleeping outside. She explores the dragon's cavern in an attempt to salvage some loot out of the ordeal, but instead finds a mysterious organic valve that leads to the fantastic city of Maiesio. There she encounters the hideous but friendly Maiesiobolds and Maiesioblins. She takes a bath, and loses her virginity to a strange creature in the process. She meets a Lohrke, Rini and chats with the citizenry for a bit before meeting one of the city's "Mothers," a large feminine creature that speaks through a strange telepathic servant. She's invited to supper with the Mothers, who the city's cult are centered on, but figures out that they want to eat her and escapes after Rini accidentally drops a gas grenade in the middle of a riverwalk because she was holding it wrong. 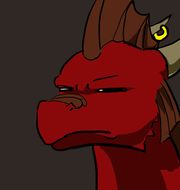 A dragon with a birth defect that caused her to only have one wing. She thinks she is beautiful, and acts superior to all of dragonkind. Growing up was hard for her, but she grew very strong and takes out her aggression on other members of her species as revenge for what she endured. Another strange ability that comes with her mutation is the ability to breathe both fire and ice, but the ice causes her to become violently ill afterwards. She has a fondness for cheese, and frequently cannot control herself when eating it; leading to her rotund behind occasionally getting lodged in tight spaces. Her entire hoard has been made into expensive jewelry that she wears at all times, so that none can take it from her.

Flare's Ogre manservant. He enjoys sleeping, as well as hugging and petting Flare, which is why he follows her around. He carries all of Flare's equipment and food, as well as collected loot.

An absentminded Lorke adventurer with some kind of chemical weaponry; she is exploring for more Lohrke settlements.

Mission One: Face in the Sand Cheren the raider wakes up in the desert (reference to After Quest) and comes across the remains of her party as well as the gigantic cutebold war machine that killed them. She captures a cutebold and beats him up a bit before having him navigate to an oasis. The Oasis has a caravan of strange creatures around it that cause them both to hallucinate wildly (references to Go Go Go Race Quest, Dive and the Yellow Submarine) before waking up at night and returning to find them gone. Mudy is excavated and gems and goo are found.
Mission Two: Kill With Power Klalmer leads Cheren to a town, but unbeknownst to them, it's been attacked my mind flayers who are commanding a unit of soldiers to mercilessly slaughter everyone. Cheren sneaks around, kills some cutebolds, and finds a warehouse with bomb making materials. A plan is devised, and a gigantic explosion results, killing the illithid and their thralls. Cheren gets a big gun on the way. 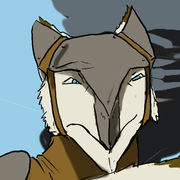 Cheren was a gunner for a Sergal raiding party before it was destroyed. Her skills are mostly centered on sneaking and marksmanship, but she knows first aid as well as being able to fight hand to hand. She has a penchant for violence, being a raider, and tends to curse a lot. Got a suspicious bulky head for a supposed Southern Sergal. 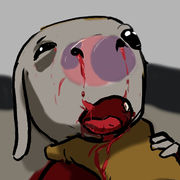 An unfortunate cutebold guard who was unceremoniously beaten and captured to use as a navigator. 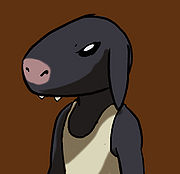 A badass cutebold that destroys the illithid command by driving Cheren's bomb across the town and setting it off. 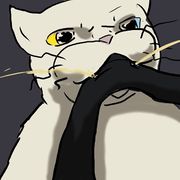 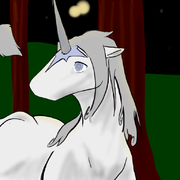 A unicorn on their maiden quest.

Other Credits and References