3pQuest, or <3pQuest, is a quest by ThreeP. The quest thus far revolves around a sorceress that has hired a party to go explore a cave/dungeon. It's pretty D&D-like!

There is also flirting.

Not to be confused with the other 3p Quest. 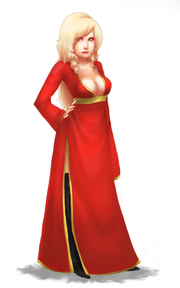 Sarah is a sorceress that woke up in a field in the beginning of the quest. Her gender and class was chosen by /quest/. She's rather stacked and also is a bit spacey and tends to fantasize. She's rather smitten with the party rogue, Rook. As a sorceress, she's good for damage over time. 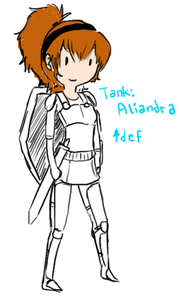 Aliandra is our tank character. She's +defense and -attack because of her gender. She seems to rather dislike bats. She's also seemingly fairly uncertain of herself, which is counter to typical fighter bravado!

Rook is the party Rogue, with +bluff. He's a pretty suspicious guy and seems to be the only one who knows what the cave we are going into holds for us. Also he's apparently cute enough that Sarah fantasizes about him a bit. 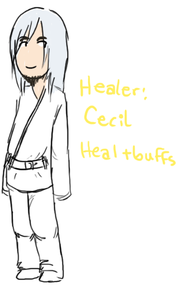 Elijah is the party cleric, with +heals and +buffs despite being male and those being female traits. Maybe he's gay? He looks like a hippie anyway.

Originally named Cecil but changed as the name is already in use.