When the unthinkable happens and a Goddess gets attacked, nobody knows what to do, so a group of investigators is sent to figure out why she was attacked, and how to help her. 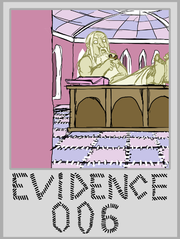 Lord Humility is the third most powerful being in the realm of Silken Vale, and was the one who assembled the investigation team. As the boss giving the orders, a picture was taken to mark him as a member of the team, despite the fact that he's staying at the office to... do whatever he's doing there. Humility is quite the pervert and enjoys seeing nude pictures of any person, regardless of the gender, as well as underwear shots to a lesser degree. It is his opinion that the punishment for crimes in Silken Vale should be stripping the convict of all clothing and forcing them to stand in a public location. 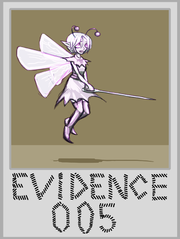 The underling of Lord Humility, Modesty is a faerie, and the child of Demigoddess, Dignity. Despite who her mother is, Modesty is rather frail and weak, and simply operates as the photographer for the Investigation team. Her talent as a Weaver came from her idolization of Prince Prance, the legendary Weaver. 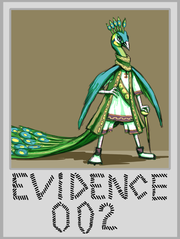 Prance is a Mortal who gained the right to live in the realm of Silken Vale due to his legendary skill as a Weaver. Despite this, he willingly admits to his slaughter of over fifty men, an act of vengeance for the death of his parents. He is capable of creating masterpieces of clothing an other apparel, as well as making traps of them. His unique upbringing in a crime syndicate taught him to steal, modify, or place an object on a person without them noticing. 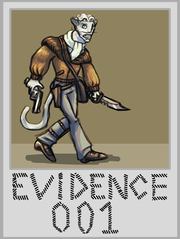 Windslow is a happy-go-lucky Mortal who managed to enter Silken Vale through an airship, much to the surprise of the enforcers. His initial job was to map the holy realm, but his tinkering abilities got him hired on as the lead investigator, in charge of the Badge of Wisdom (TGChan).

Filth Drakes are considered a heavily sinful creature, but Onidial was raised from birth to be a pure individual, and a member of the Sisterhood of Nightingale. She tries her best to be the embodiment of Purity, but was cast out of the Silver Citadel (the realm of Purity), although granted the freedom to continue her life in the Higher Realms. As a willing embodiment of purity, Onidial can cleanse the taint of foods and drinks, but lacks tolerance to alcohol and narcotics. Furthermore, she cannot engage in any activity with individuals bearing sexual desires.

A very tech-minded human, Nydelle has a robot-like attitude, which serves her well as a Tallyman.